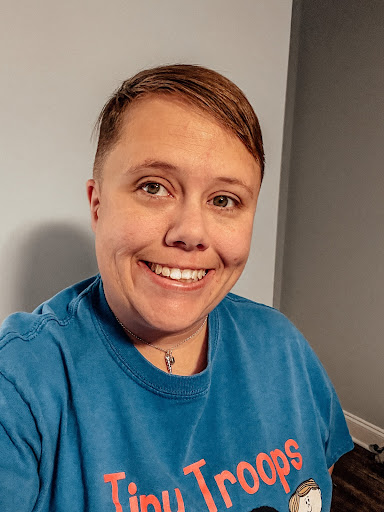 Rachel is a wife, mom to a rambunctious toddler, and peasant to 3 wild and crazy cats. She has a bachelor’s degree in early childhood education, PK-K, and elementary education, K-6. She also has a master’s degree in integrating technology into the classroom K-12. She began playing soccer in high school, as well as coaching and refereeing the 4-6 year old players in a local soccer league. After college, she returned to coaching and refereeing for a few more years. Career-wise, she spent 10 years in the classroom, first as a 4th-grade teacher, and then later as a technology integration specialist. She married her wife in 2017, and her wife chose to become active-duty Army after having been a Reservist. This sent them to Fort Bliss, where she began working with Tiny Troops Soccer as a coach in 2019. In 2021, her family moved to North Carolina, and she became the coach for our Fort Bragg location. In December of 2021, she joined our administrative team as our Tech Specialist. As part of the administration team, she works on a variety of technology and social media projects, including our website.