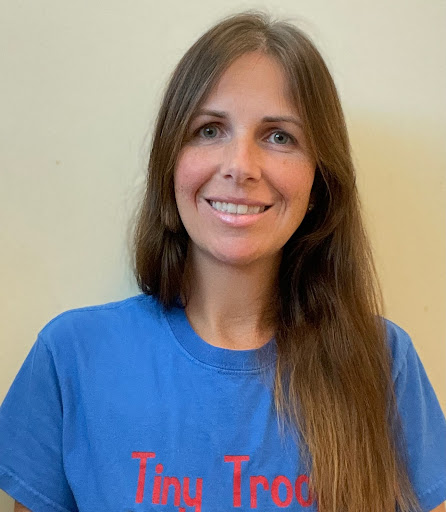 Caitlin has been a USMC spouse for the past 8 years but has been a part of the military community her entire life. She is a mother of two young children and two sweet, black Labrador retrievers that like to keep her on her toes. Caitlin’s love for playing soccer began at the age of 7. She became a certified referee through the USSF at the age of 12 and refereed for 15 years. She officiated matches for ages 6 and up, ranging from recreational soccer through adult premier leagues. Military life took her to the Philippines where she played on a women’s premier team called Sikat FC for the 2014-2015 season. She began her coaching career with Tiny Troops Soccer in 2018 shortly after moving to Okinawa, Japan. She coached for 2 years while filling the role of Okinawa Site Coordinator. This became the Japan Site Coordinator position. It includes overseeing locations in Okinawa, mainland Japan, and Guam. Her drive and passion for working with military children and her love for soccer became an opportunity to become our HR Generalist. Caitlin uses both her military life and soccer experiences, along with her B.A. degrees in Sociology and Psychology, to help find the best and most qualified applicants to coach our military kids and their friends!